This month, we wanted to feature one of our longest-held supplier relationships, that with Elliott & Alison at The Ham & Cheese Co. They specialise in importing the very highest quality of salumi from Italy, using seasonality and sustainability of practices at the heart of their choices. They will then take the decision as to whether further ageing would benefit the meat, using their especially cool, damp environment nestled underneath the Victorian railway arches of Bermondsey.

In particular, it is the work of Aldo Zivieri, in Emilia Romagna, that should be highlighted at the start of this year ahead – given that both the Lardo and Brawn are highly seasonal and scant on the ground right now.

The Zivieri family has 50 hectares of woodland around Castle del Casio in the Bologna Apennines where they raise rare breed Mora Romagnola pigs. They also have a small EU regulated abattoir. In 2015, they worked with Paquini & Brusiani to become the first producers of a rare breed mortadella and when Ennio Pasquini passed away in 2017 Aldo was able to fill the enormous gap left by his death. In a world of industrial mortadella made from the reconstituted meat of unhappy pigs Aldo’s passion for ethical and outrageously delicious salumi is a wonderful thing.
:::

Aldo Zivieri’s mortadella starts with shoulders of pork that are cubed and mixed with garlic, salt and spices then minced through increasingly fine dies. When it is a paste, cubes of fat from the gola, the firmer fat from the throat, are added and the whole thing is slowly cooked overnight. He makes if from his rare breed Mora Romagnola pigs or free range large whites that are slaughtered at 14-16 months in his own small abattoir 45 minutes up in the beautiful Bologna Apennines where he has 40 hectares of pristine woodland. In a world of industrial mortadella made from the reconstituted meat of unhappy pigs Aldo Zivieri is a hero of ours

Smooth, creamy texture and the perfect bedfellow for something chilled, red, maybe even effervescent in your glass. We often serve in a focaccia sandwich, with burrata and fresh rocket but this would be equally special just with a slab of bread and softened butter.

Cured, whipped back fat. This is basically the porky butter of the gods. Cured typically with a mix of aromas and salts to both flavour and cure the fat, Aldo adds only three ingredients to his – salt, garlic & rosemary. This translucent white paste is delicious served solo on toast and should be treated as special as caviar would be in our opinion. However, some other servings might be slathered across raw peeled walnuts, melted over a plate of sautéed wild mushrooms and egg yolk or used highly deliciously as a final stir through a finished pan of carbonara.

Ciccioli literally means ‘little fatties’, the word covers a wide range of pork specialities. In Emilia, ciccioli or ciccioli frolli are chips of fat and meat fried crisp, but in the same region (and in Naples, where they’re called cicoli or cigoli), it can be a terrine made of fat and shoulder meat. Aldo’s Ciccioli is a seasonal speciality, and is made from a combination of both lean and fatty cuts of pork, seasoned with bay leaf, salt and pepper and then cooked and pressed.

Ideal thinly sliced & usually eaten cold or at room temperature, it is an intensely flavoursome terrine and can hold up against a wide array of accompanying garnishes – you’d typically want something high in acidity and higher notes of heat. We might recommend the England Preserves Piccalilli  or pickled walnuts

In Genoa, a similar cold cut goes by the name of testa in cassetta, literally “head in a box”, but it is possible to find it throughout the entire central and northern Italy, where it is called coppa di testa, or simply coppa, soppressata in Tuscany, or – in some northern regions – formaggio di testa (head cheese). 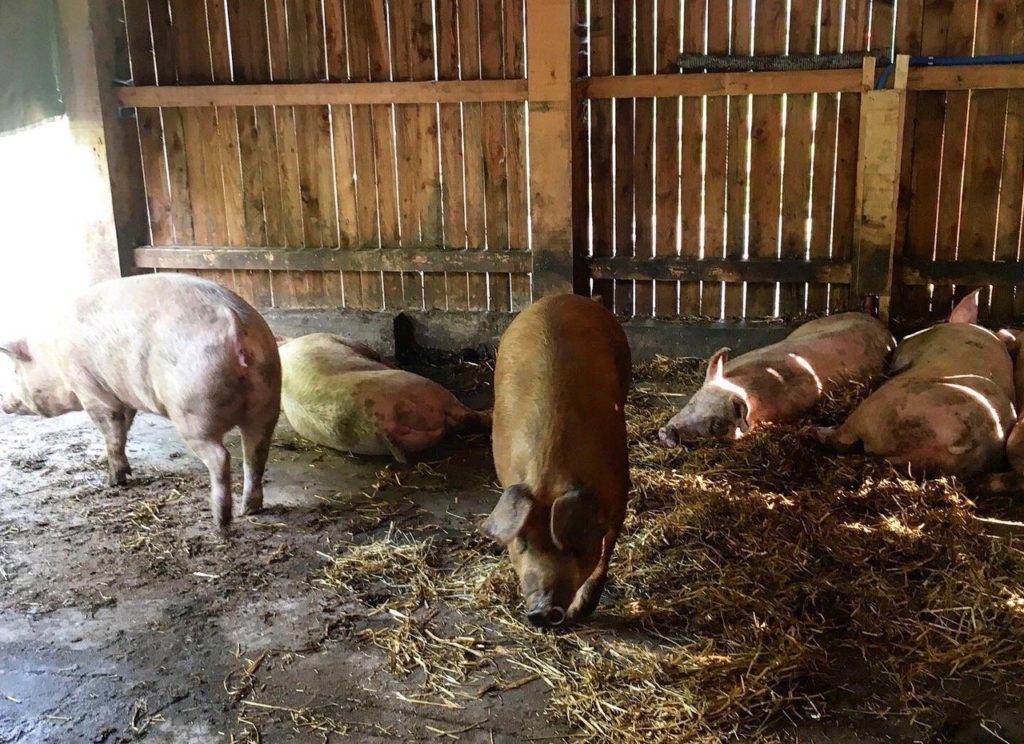 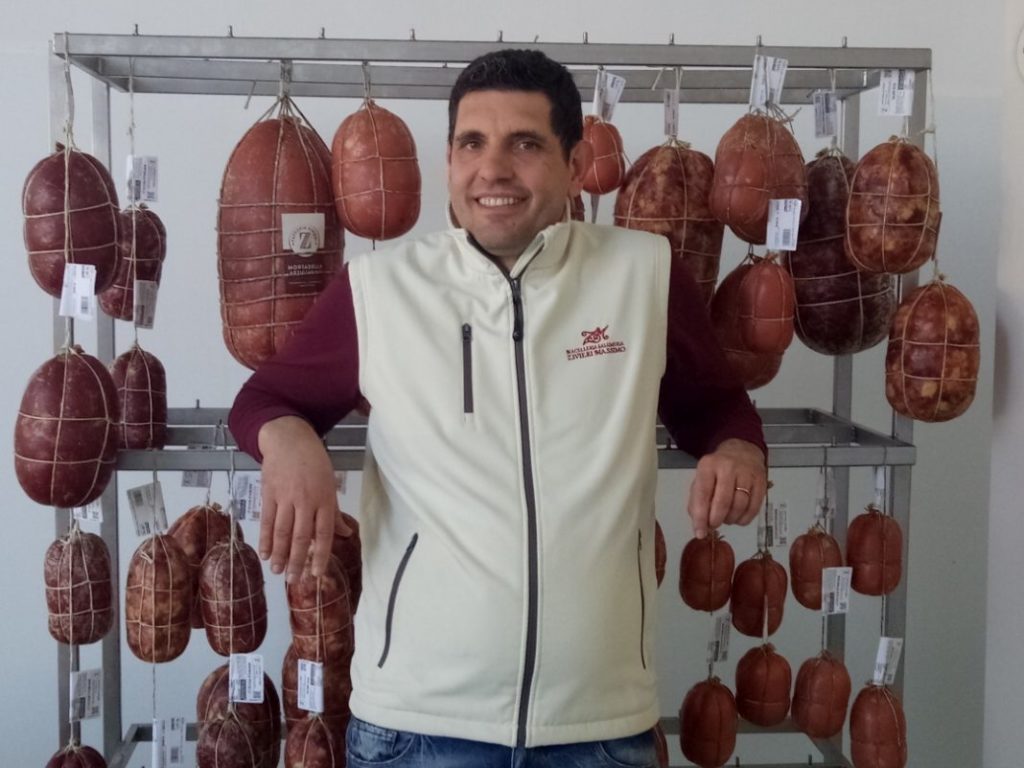 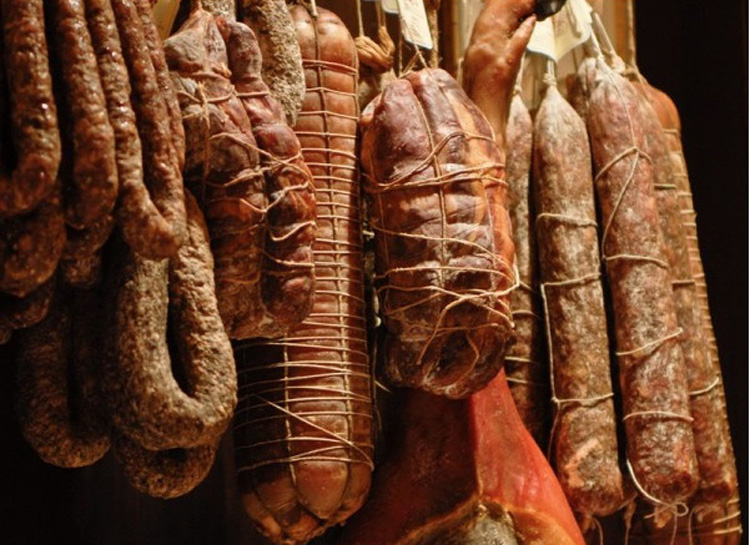 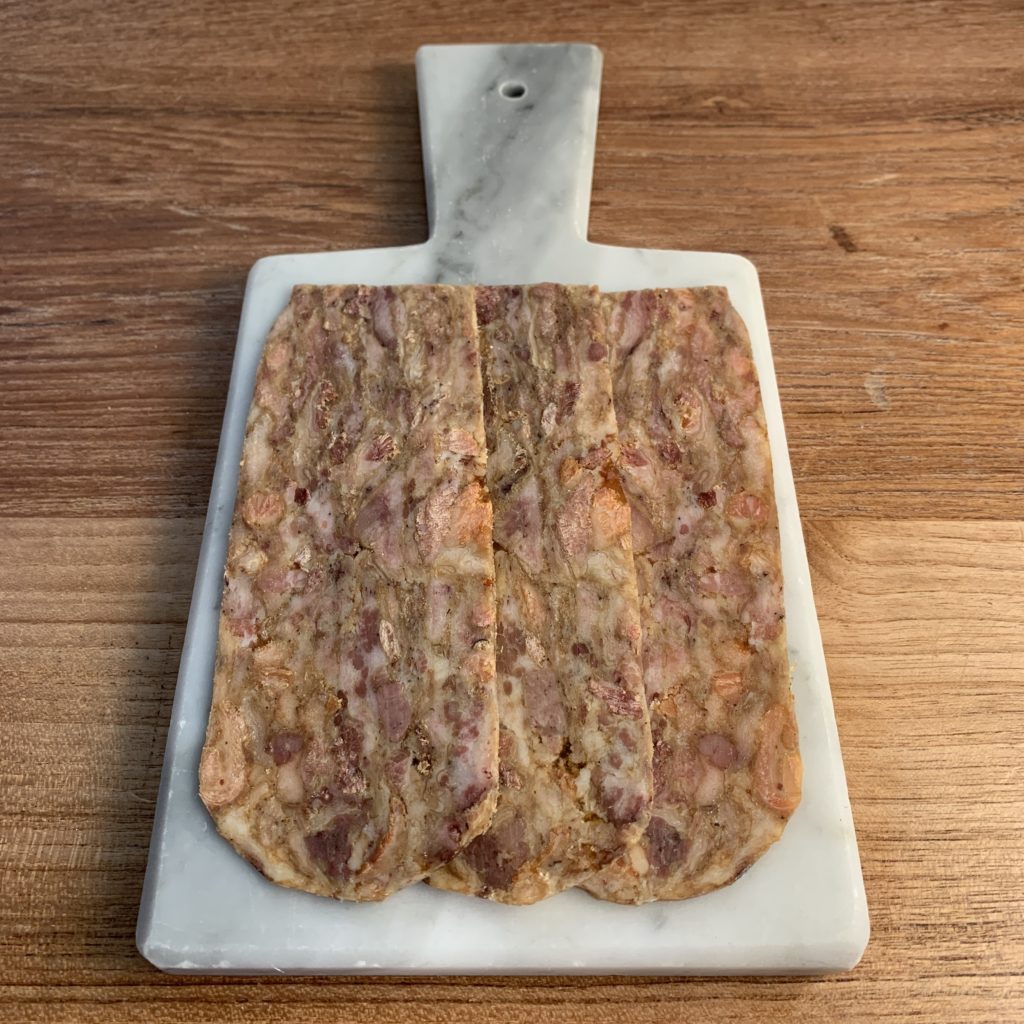 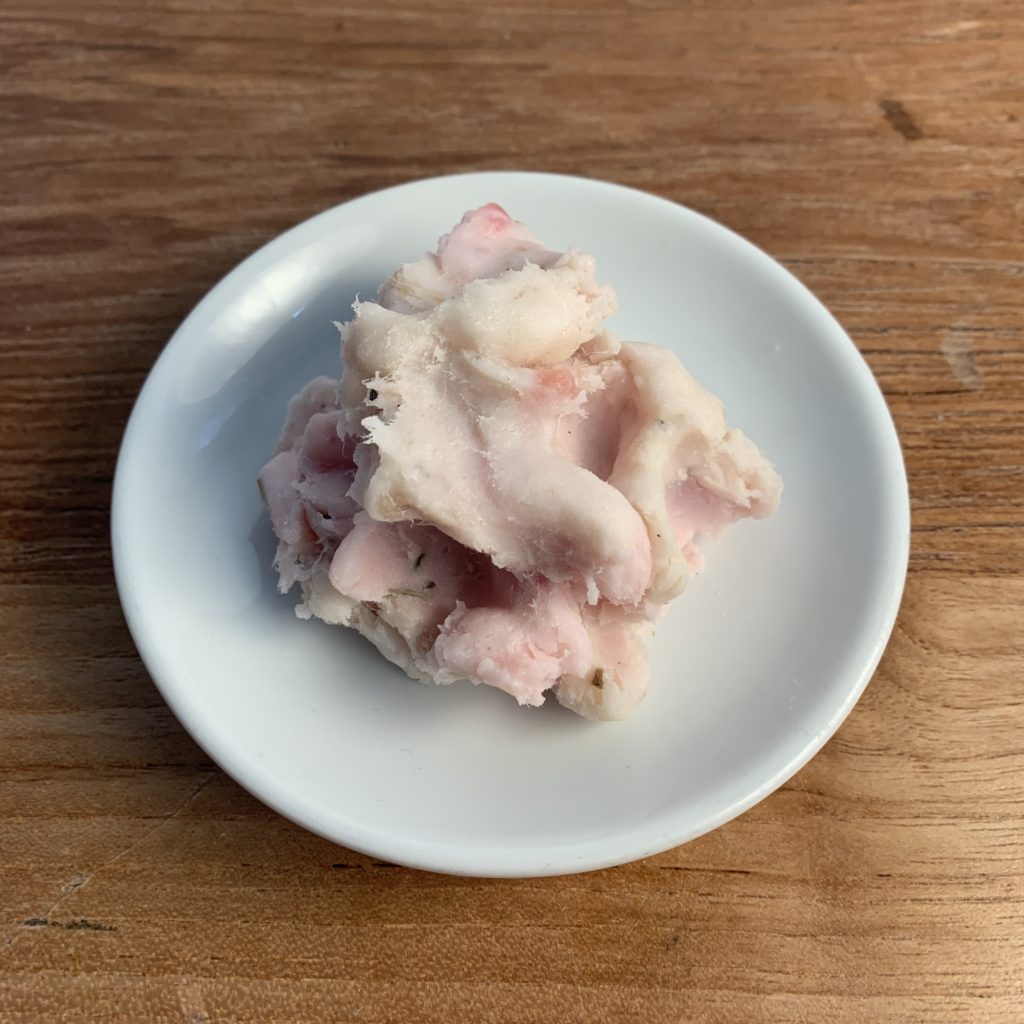 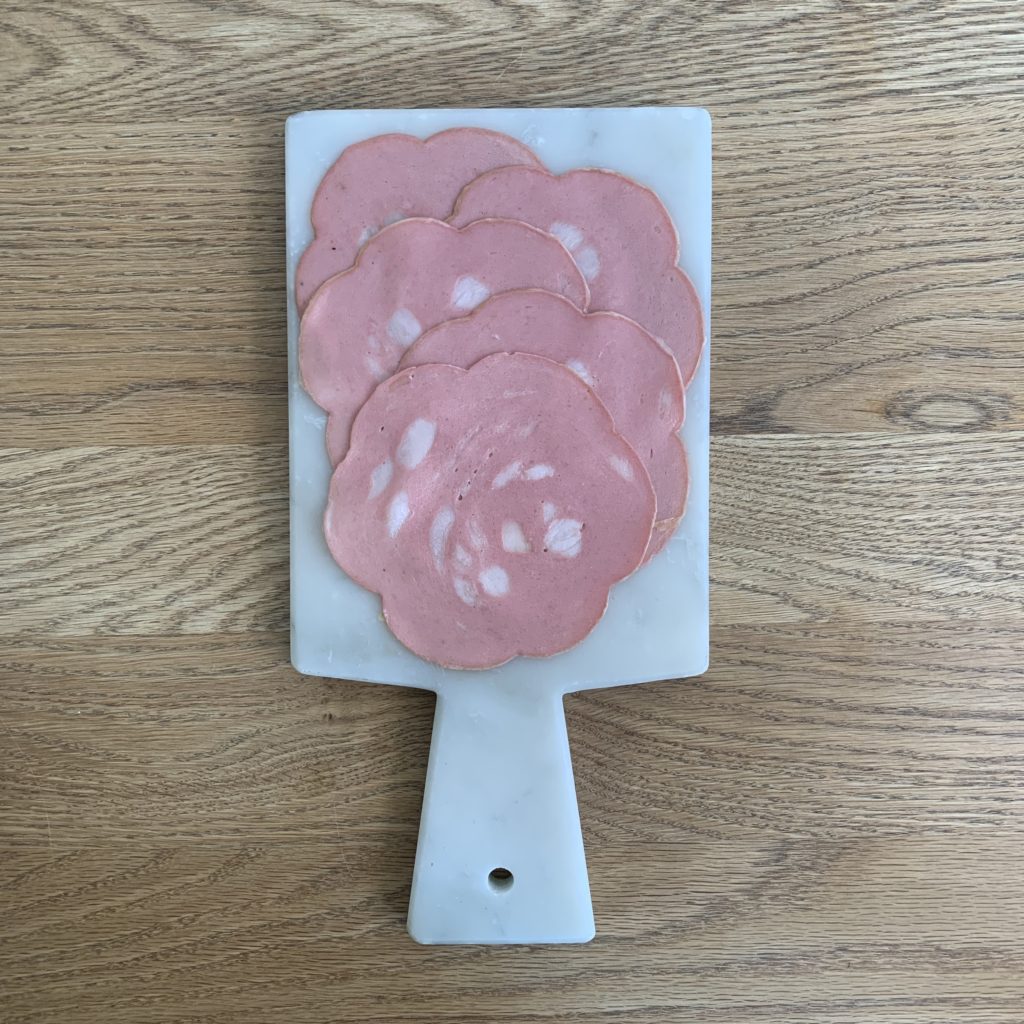 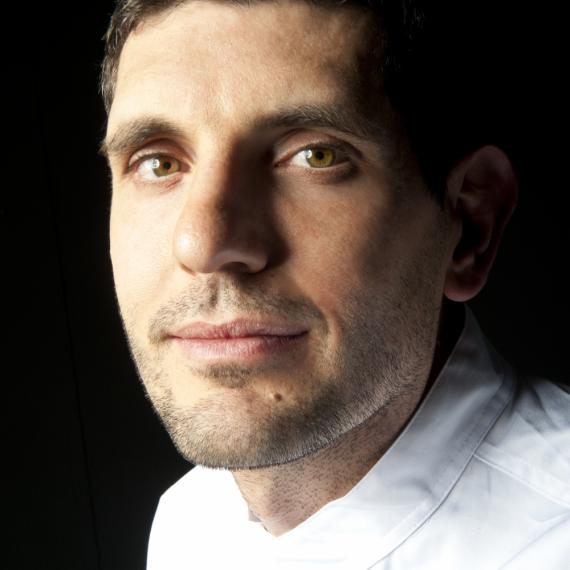