Brawn have been supplied with Keats Organics Farm’s produce since 2015, working together to promote an organic permaculture in an urban setting – Keats being located in Bexley, South London. We love Keats and everything they stand for – especially as they were one of the very first to supply the Brawn Store when we launched last year. Our weekly veg box has been a staple order for many of you ever since!

We spoke to founder Chrissy Harrison, who delivers and grows our allocation of salads, vegetables and whatever else is growing well on the farm that week.

Chrissy Harrison: It’s true that it’s hard to be what you can’t see. So, it wasn’t until I reached my mid-twenties that I first imagined myself in a farming role. It started with a fleeting conversation in an Ecuadorian hostel with a Texan farmer called Pam, who had been called to permaculture in a late-night visitation from Gaia herself. Farmer Pam wasn’t exactly my inspirational ‘ring of keys’ but she sent me down a rabbit hole that captured my imagination. I was immediately drawn to the role of environmental steward, but resistant to the idea of abandoning my urban life. As a young and single lesbian who spent a couple of teenage years living in rural East Anglia, the idea of moving back to the countryside was totally unappealing.

Surprised to find some good opportunities for learning in London, I soon began a season long traineeship at Food from the Sky with their grower Jack. He was supplying a small supermarket with produce grown on its own rooftop. I was attracted by their commitment to the environment and community, as well as their pusit of economic viability. This inspiring project was central to the inception of Keats. A hole in the rooftop necessitated its dismantling towards the end of the traineeship. Around the same time a friend met a man with the lease of an expanse of land situated in Bexley’s Green Belt. The four-ish acres were used for grazing his horses and with the view of growing a project, but his plans had been put on hold and he was keen for someone else to take it forward.

The land was covered in brambles, shrubs, and trees but there was a suitably sized clearing with good potential; it was cultivable without the need for major destruction, road access was reasonable, water mains were within reach, it felt safe being overlooked by friendly neighbours. A small team from the supermarket rooftop were keen to spread our roots. We were all at a juncture, Jack had some farming skills to lean on, Ed and I had new growing skills to practise, and we had some tools and materials from the rooftop to work with. We organised a five-year sublease that felt far from a legally binding agreement.

“Having relatively easy access to London’s many chefs has been unquestionably advantageous. Often aware of the hard work that goes into growing exceptional produce, able to pay a price that more closely resembles the true value of such produce”

Our initial capital was raised through various grants and through crowdsourcing. Whilst delighted with the success of our funding efforts, we were very aware of the time and graft needed to literally grow a business. It was the autumn of 2013 and before we built any structures, we began cultivating outdoor raised beds to over-winter salad leaves and leafy greens for an early and abundant harvest come spring. Quick, high value, high yield, perishable crops seemed obvious in our context, growing on leased land, with limited space and close to the city. Come the winter we were able to pick a good selection of leaves. Keen to create a market for our crops before they really got going, we approached some conveniently located restaurants and shops and presented them with samples.

Encouragingly, most of the well-researched restaurants we approached were keen to incorporate our produce into their menus. Over the next few years, we slowly but steadily expanded our customer base as we grew the farm to include three tunnels, thirty outdoor beds for annuals and a small area for perennial crops. We grow on a third of an acre. Our staple crops are salad leaves, leafy greens and herbs and we’ve largely kept these offerings simple: mixed salad leaves, mixed herbs, rainbow chard and kales. We’ve grown some seasonal vegetables, with our crop profile shifting every season as we feel out what works for us. French Beans are winners; quick, productive, low maintenance, high value and extremely popular.

Having relatively easy access to London’s many chefs has been unquestionably advantageous. Often aware of the hard work that goes into growing exceptional produce, able to pay a price that more closely resembles the true value of such produce and able to handle large orders, their unwavering support and continuous enthusiasm has been indispensable.

“Increasingly working alone challenged me to implement smarter farming systems and reduce manual labour. Nature’s systems are intricate and complex and it’s humbling to witness the benefits gained from encouraging these systems with minimal intervention”

Our core team has shifted over the seasons. Both of my co-founders fled London to raise families within our first two years of trading. Seasonal growers, volunteers and trainees have bought new knowledge and skills. In our first few years we benefited from unrestricted access to volunteers, welcoming neighbours, friends and local support service users into a safe space to socialise and share skills in nature. These volunteers helped us to grow the farm, but in the interest of economic viability we tried hard to make sure our business did not rely on the unpaid labour of our community. With the departure of my co-founder in 2016 I became more reliant on the effort of a few dedicated volunteers, until 2019 when access into the farm became more limited. For some time, the lease of the land had been held by an outdoor school whose development necessitated tighter restrictions around visitor access to the farm.

Increasingly working alone challenged me to implement smarter farming systems and reduce manual labour. Nature’s systems are intricate and complex and it’s humbling to witness the benefits gained from encouraging these systems with minimal intervention. I try to cultivate as little as possible, replenish what’s removed and practise good timing.

Tillage has all but been eliminated from our bed turnovers through the seasons; tarping with clear plastic makes use of the sun’s rays to kill off existing crops on our hottest days, persistent flailing (using a lawn mower, our one powered tool) terminates existing crops in cooler weather, and tarping with black plastic kills of existing crops and encourages biological tillage in the winter. A system of hot composting our supply of horse manure has reduced the amount of weeds that we have to contend with. A small but expanding worm farm turns organic matter into fertiliser to scatter on our no-till beds. And an increasing dedication to lower maintenance perennials has further eased the workload. I’m pleased with how far we’ve come although we’re not quite economically viable; my wife’s unpaid labour takes care of all of the building and fixing tasks around the farm, as well as many of my administrative chores, for which I’m very grateful.

Growing is a self-perpetuating learning journey and we will continue to improve our sustainability on all fronts. But even with our wares demanding the highest return from restaurants, we’ve always leant on the privilege of my circumstance. Such is the value of food in today’s society. Privilege has been central to my experience of growing food. The promise of housing security and of some inheritance have enabled my entire journey; facilitating an unpaid traineeship to gain initial skills and knowledge, mitigating the risks of growing on leased land and making a low living wage in a high-cost area more acceptable. 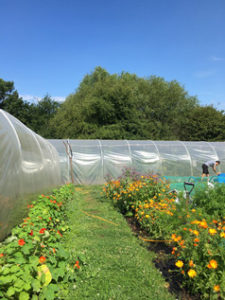 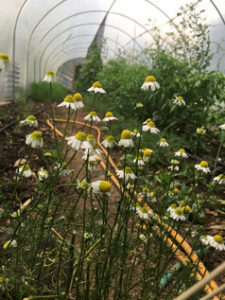 But with every year bringing new goals that demand increasing resources and every season taking its physical toll on a body that increasingly demands rest, we’ve been keen to diversify routes to market and increase revenue for some time. We’ve recently started putting together vegetable boxes for households, containing our leaves plus produce bought in from local farms that share our ethos. Vegetable boxing in this way makes our small farm more economically viable through an increased revenue stream that is not reliant on our toil, it helps connect us to our farming peers and it enables us to supply our community with well grown, well sourced, nutrient dense, reasonably priced fresh produce. It’s given us a different sense of pride in our work. We’ve always aspired to increase the affordability of our produce, but the true value of hand reared food compared to the real living wages of all, but the highest earners has made this difficult. We tried to launch a vegetable box scheme in our infancy. We failed then in the face of obstacles that seemed insurmountable, but a food system that shifted with the onset of covid has been more favourable in this endeavour.

I love working with nature to grow food. Nature’s inherent freedom from socially constructed gendered norms suits me. Turning anxious energy into physical excursion to create abundance suits me. I sleep well. I eat well. And my mental health is generally looked after by way of my day-to-day activities. Working in nature brings infinite benefits to those that can access such work. My hope for the future of farming is that aspiring growers from all socio-economic backgrounds receive sufficient support to access and enrich a landscape that is largely homogeneous and exclusionary. My hope is for these future growers to join a collaborative network of small-scale land workers striving to make good food affordable and accessible. My hope is that these future growers are provided with the resources needed to fully unlock the common environmental, social, and economic good to be reaped from farming for the benefit of people and planet. 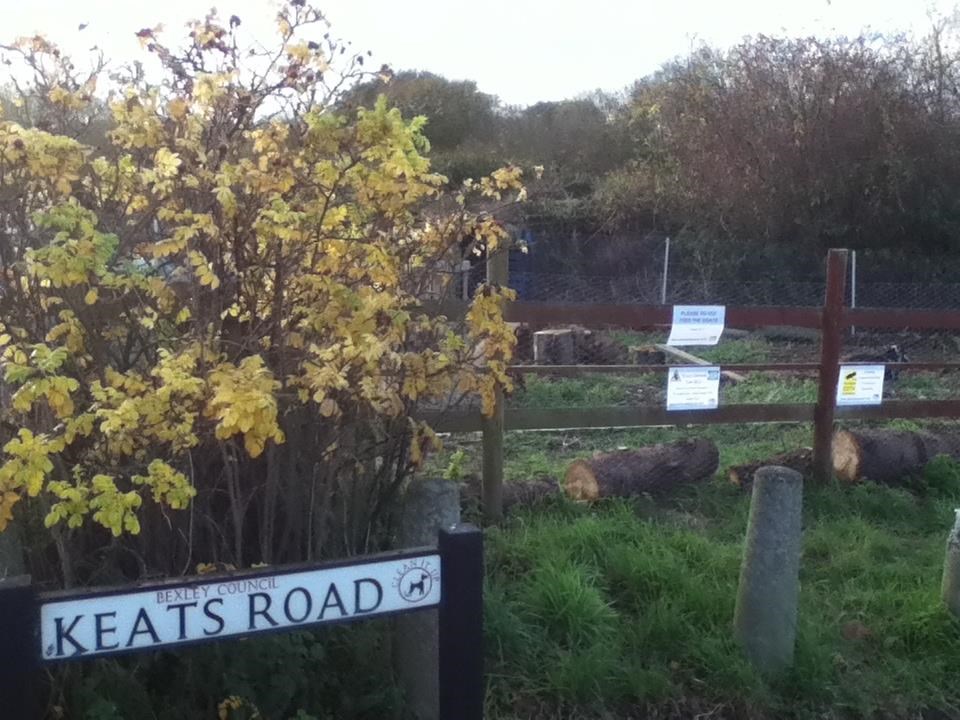 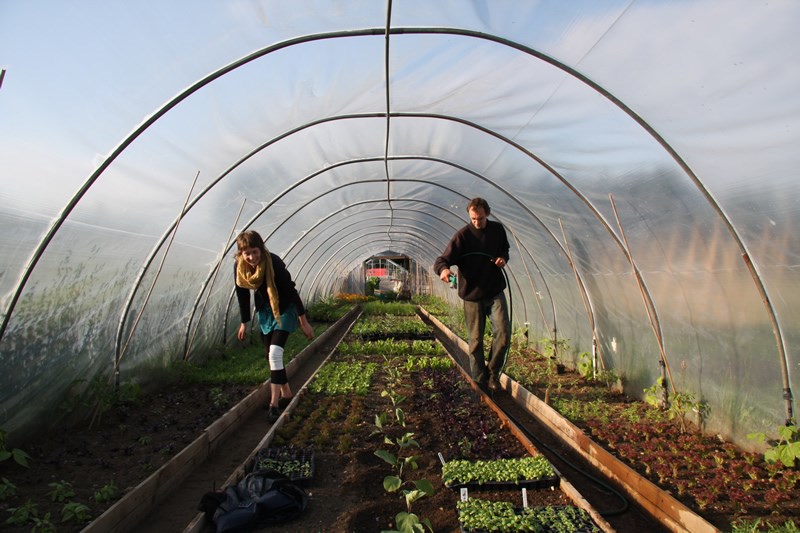 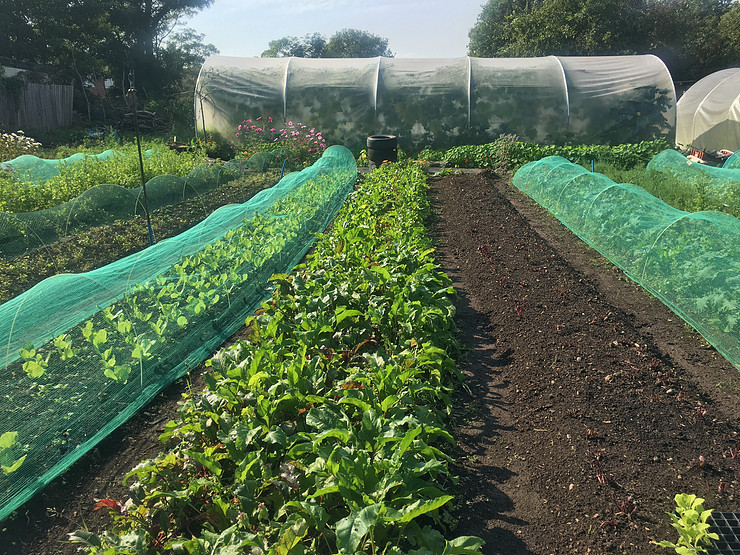 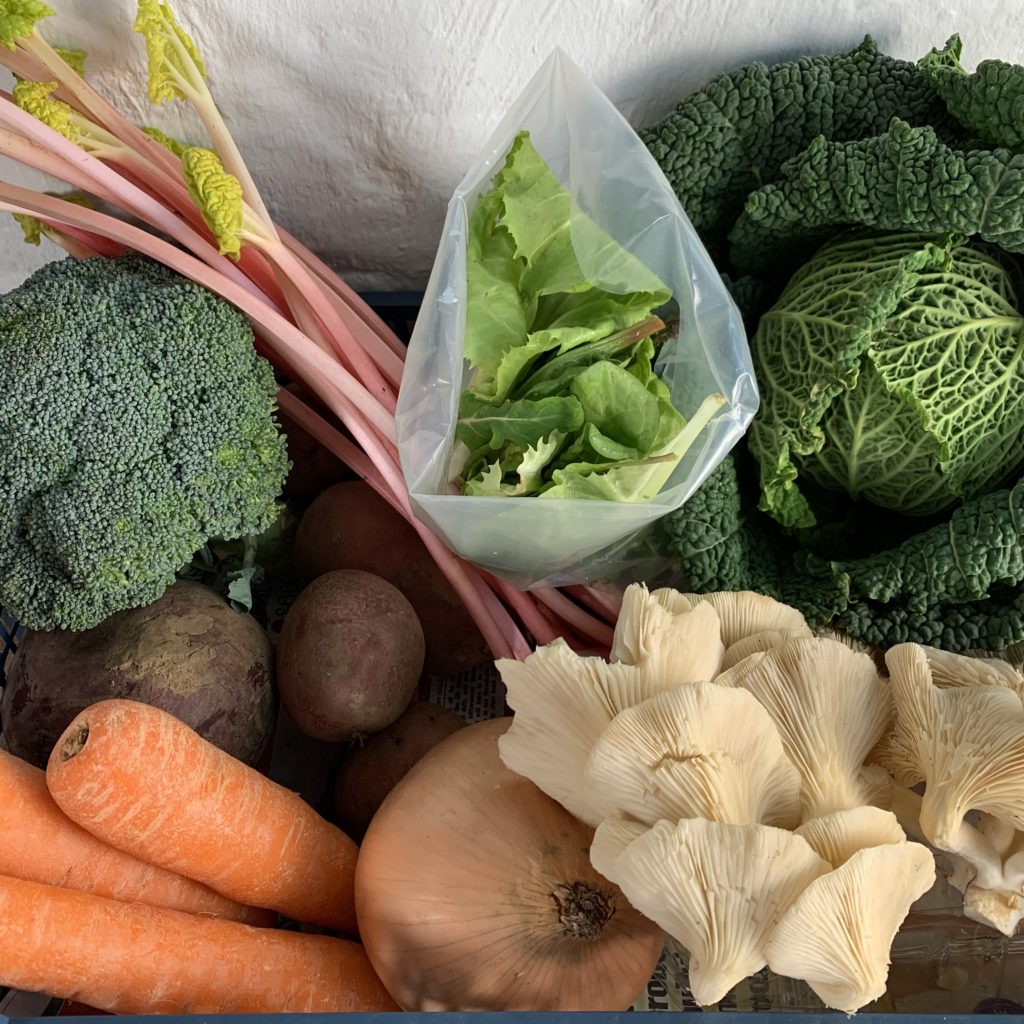 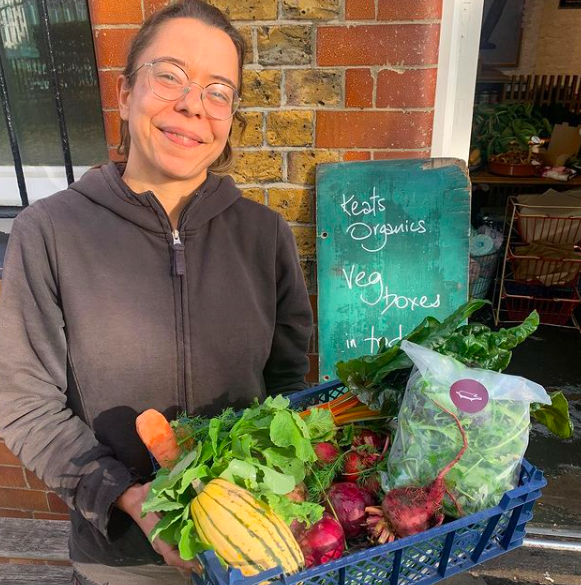 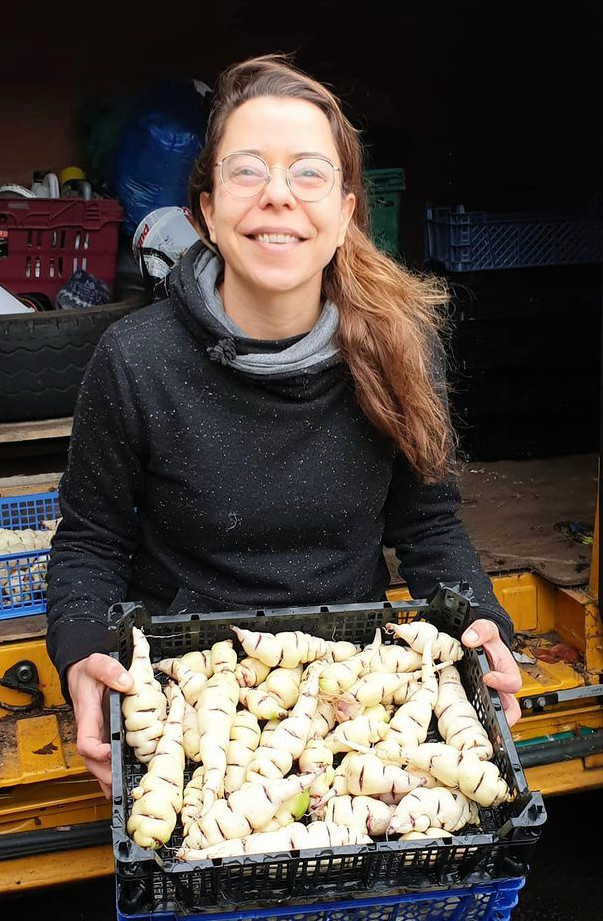