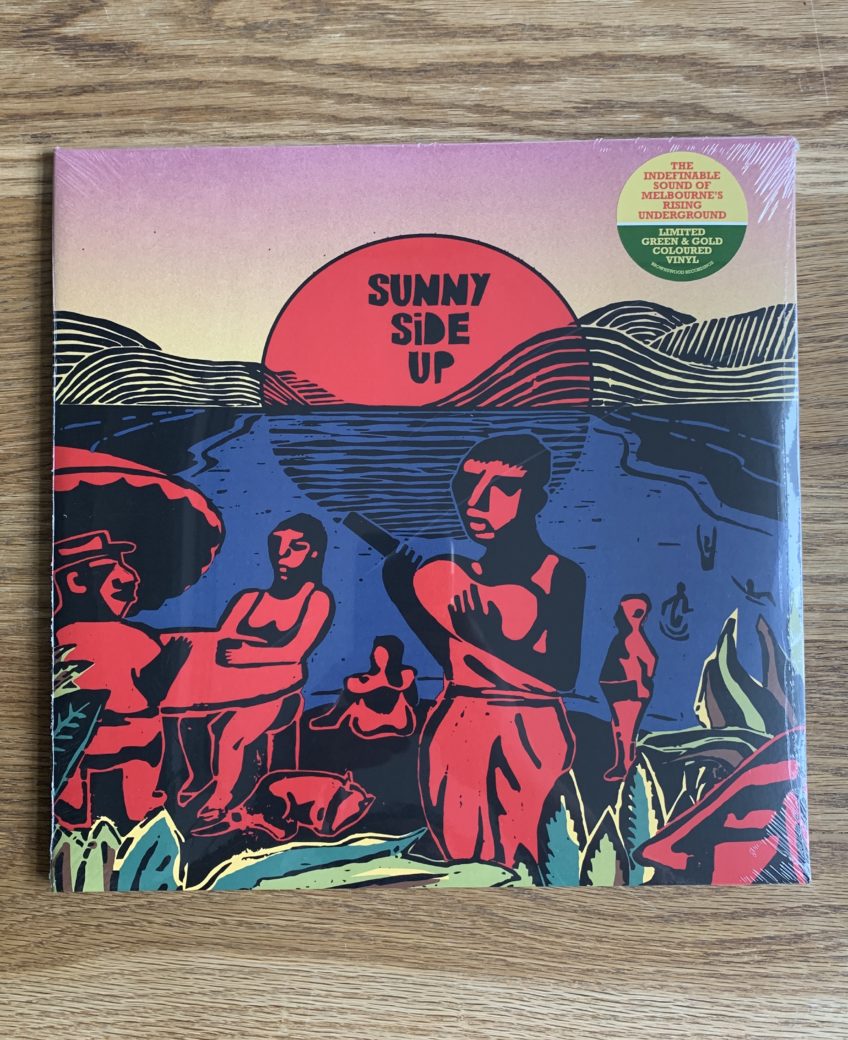 A new generation of young, independent musicians, in share-houses and makeshift home studios, in the garages and backyard sheds of Melbourne’s suburban sprawl, have embraced a brash DIY spirit. Taking cues from soul, jazz and club culture, they’ve stamped an uninhibited style on a sun-bleached spool of influences. A snapshot of a movement that’s ready to boil over, the nine acts on ‘Sunny Side Up’ have grown out of a city free from the weight of overbearing musical traditions, where outside influences are freely re-interpreted and mashed together. A celebratory record, it’s energised by a collaborative spirit as much as by the variety of styles which it collides together.

The record documents a scene poised at saturation point, after steadily expanding since the breakout success Hiatus Kaiyote in 2012, with whom many of the record’s groups share members, friendships or studios. Nurtured by institutions like record shop Northside Records, this is an album which shows splashes of deep house, broken beat, cha-cha, samba, p-funk and soul. Unlike other cities with storied histories in jazz culture, the sound of Melbourne is free of any jazz customs to follow behind, leaving musicians free to incorporate hip hop, house or R&B. Jazz is the mindset, the output is infinitely diverse.

Recorded over a week at The Grove, a fabled house-cum-studio in the North Melbourne suburb of Coburg, nine of Melbourne’s hotly-tipped talents take the lead with their own take on a musical form rooted in jazz. Engineered & mixed by Nick Herrera (Hiatus Kaiyote, Nai Palm, 30/70), with Silentjay as musical director, the result is a colourful portrait of a scene’s potential. Sunny Side Up explores the story behind this flourishing period and shines light on some of its most compelling figures.

The personnel are drawn from a close-knit community, collectives like 30/70 and Mandarin Dreams acting as creative milieus, lending to each other’s style and influence, reflected in the fact that musicians feature multiple times across each other’s tracks on the album. Commonly ranked among the world’s most liveable cities, Melbourne has more live venues and record stores per capita than any other city. In a city as isolated from the world as Melbourne, where the scene has been largely overlooked by Australian music institutions, collaboration is second-nature to a hungry scene focused on building their own identity.

On ‘Banksia’, Phil Stroud conducts a winding spiritual meditation, the percussion virtuoso, whose cult club 12”s for Perth imprint Good Company have garnered support from DJs Bradley Zero and Anthony Naples, showing a more understated string to his bow. Dufresne, a multi-instrumentalist member of the Mandarin Dreams collective who’s toured with Sampa The Great, builds a funk-driven, horns-heavy call to the stars on ‘Pick Up / Galaxy’.