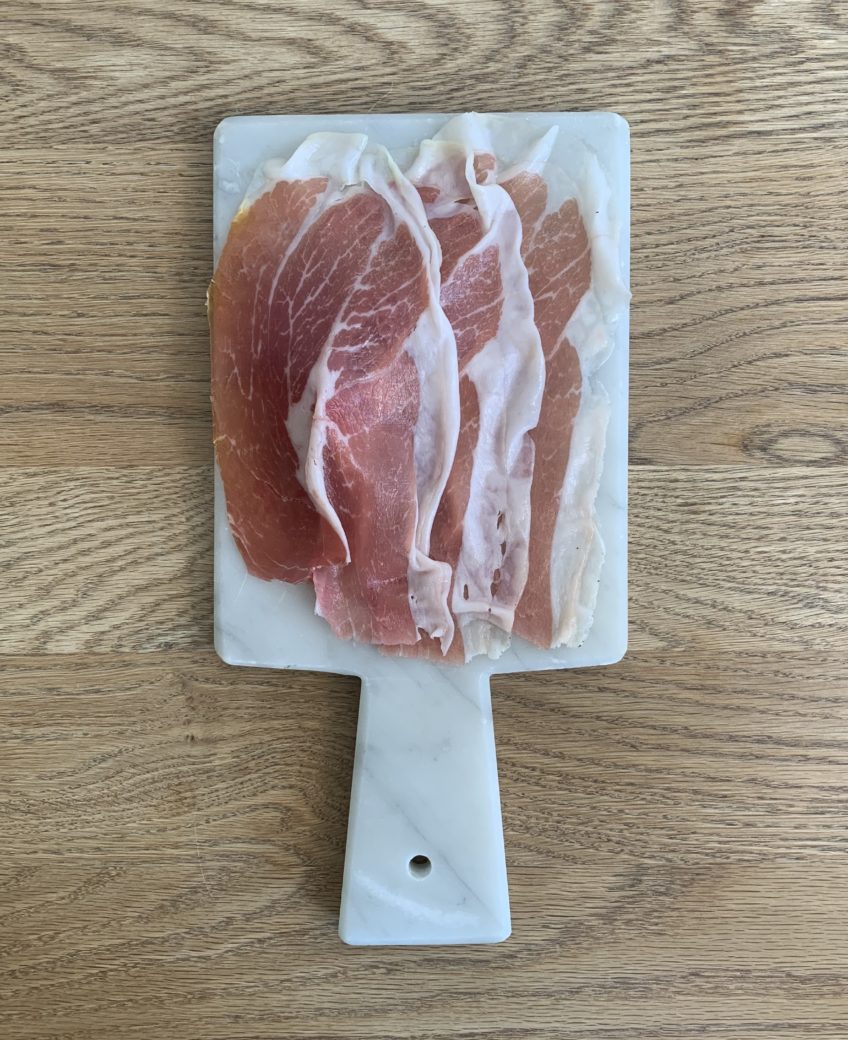 Brother and sister Candido and Clotilde Passamonti continue a family tradition that was started by their grandfather in the early 20th century, butchering 4-5 middle-white pigs a week in Monte Vidon Combatte, a small hilltop village some 10km from the Adriatic coast. Their curing rooms are in an 18th century former convent and during the day they keep a fire burning in the ancient hearth, not to smoke their salumi but more as an element of environment, like the mountain air, which Candido conducts by opening and shutting the windows. To the fire they add rosemary and bay. Rich family traditions that have been handed down from one generation to the next.