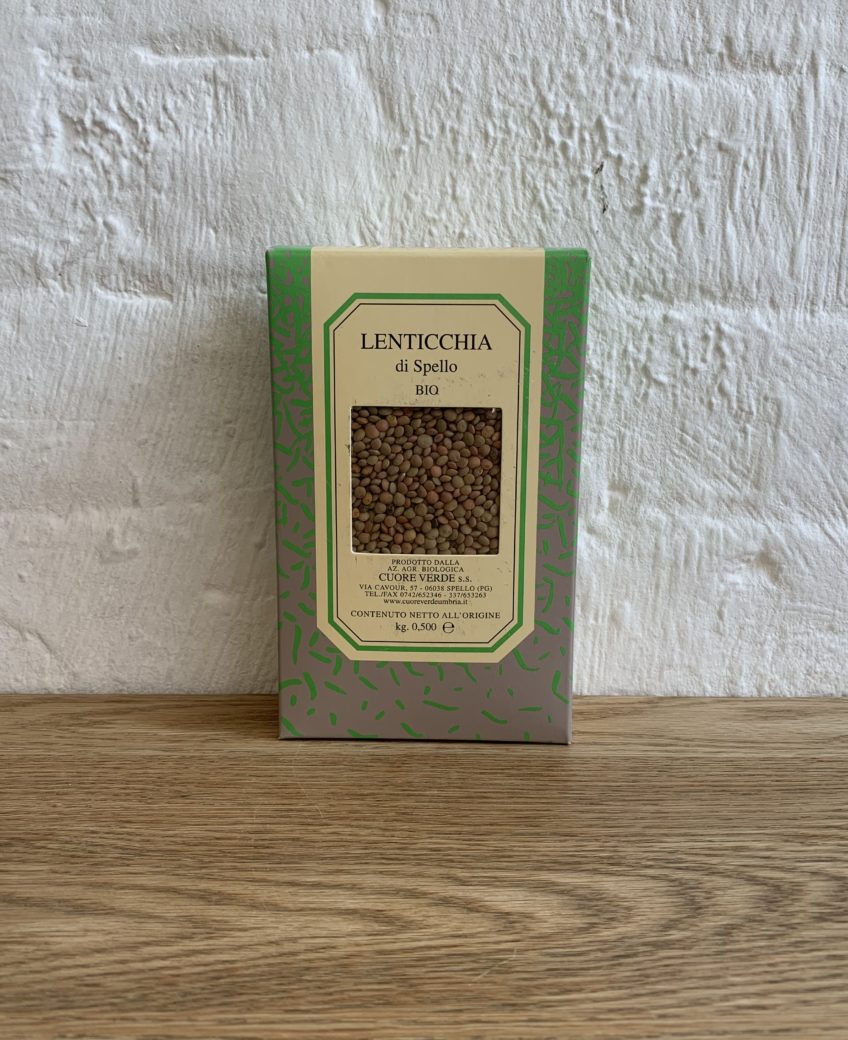 From the 85 hectare Cuore Verde farm in Umbria who have been working organically since 1976. These are considered superior to the famous Castellucio lentils of Umbria due to the rigorous farming and soils they are grown in. Quick cooking with a nutty, earthy flavour they are delicious in salads, soups and braises.