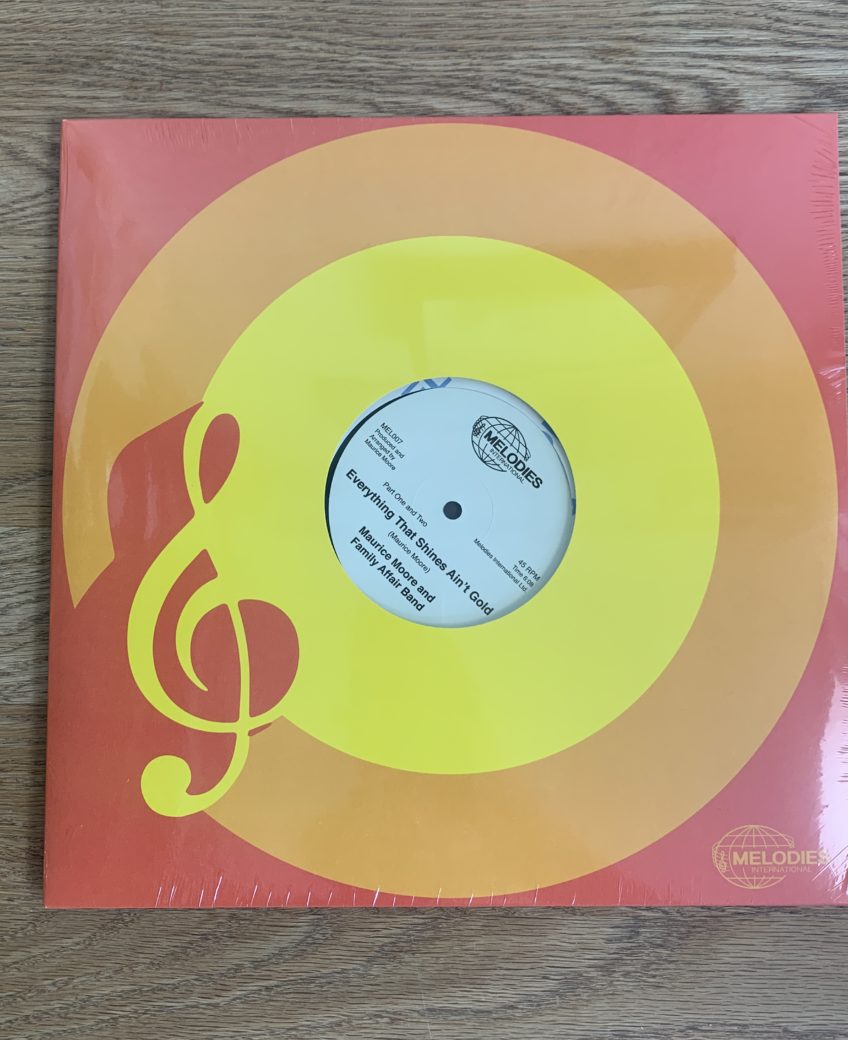 MEL007, Maurice Moore’s ethereal Hammond bass soul anthem “Everything That Shines Ain’t Gold”, is pressed as a 12-inch, with parts 1 and 2 from the original 7-inch merged on one side, the FP edit on the flip and comes with a 16 page Melozine. A multi-instrumentalist, the talented Moore grew up in Chicago listening to music from the local scene, including the likes of Etta James, Boe Diddly and Chuck Berry. Unable to pay for guitar lessons, Moore learned what a major, a minor and a 7th chord were from his uncle and went from there.

After opening for legendary acts such as James Brown, Parliament, Funkadelic and Kool & the Gang, Moore and his band went on to record their debut album in 1976 before he took a back seat in the 80s to focus on the business side of things – a period when he fell in love with the process of bringing amazing music to the world. To this day, this record holds true to his passion. Written in 20 minutes, “Everything That Shines Ain’t Gold” gains a new lease of life on MEL007 – exactly 40 years after its original 1977 release.
–