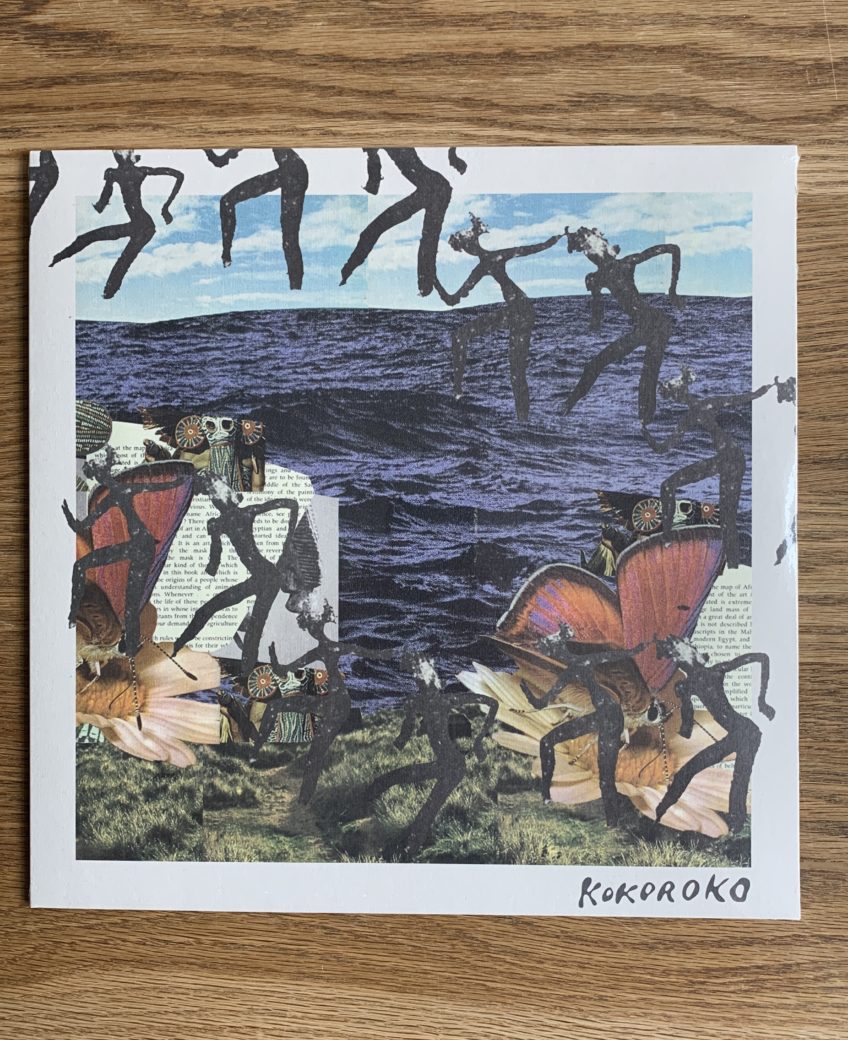 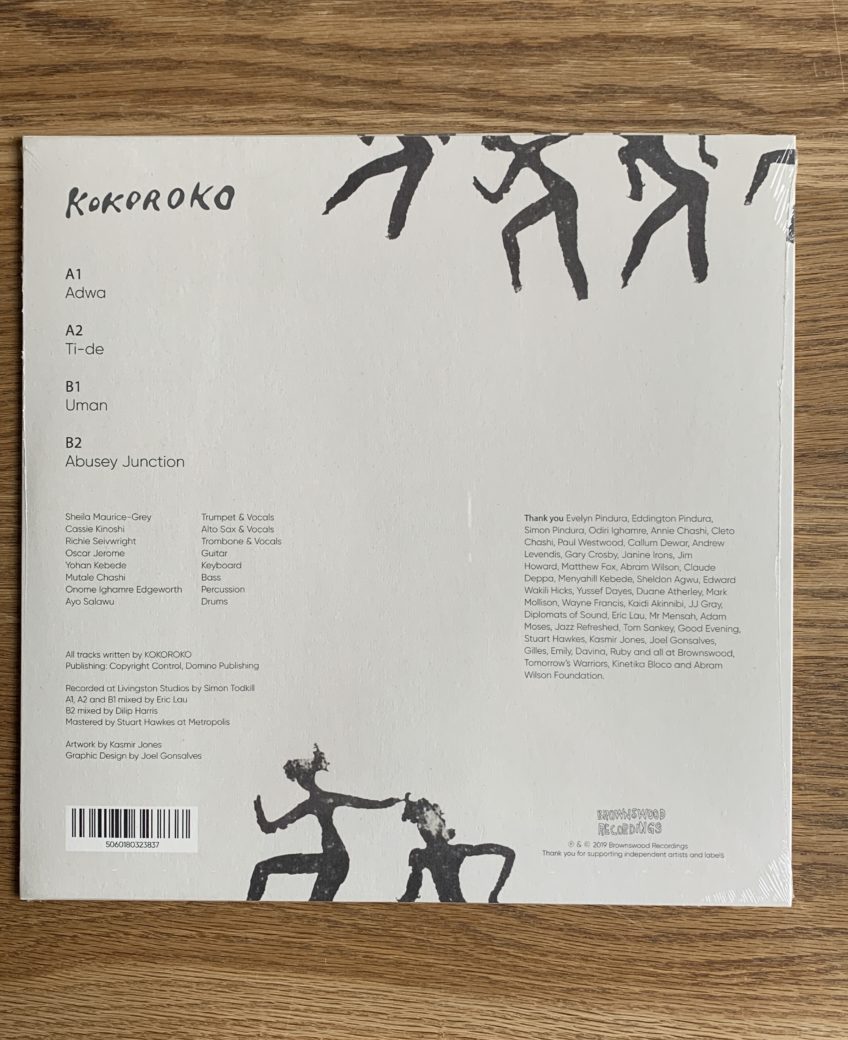 London has long been a hotbed for experimentation for music from West Africa, and it’s into this global-local story that we can situate London’s newest afrobeat innovators: KOKOROKO. In the 40’s World War Two veteran Ambrose Campbell and his West African Rhythm Brothers, were enticing Soho music lovers with sweet palm wine sounds. The following decade, a young Fela Kuti (and his Koola Lobitos outfit with drummer Tony Allen), would jam with Campbell, and the seeds for his global Afrobeat revolution were sown.

“This is not idle music!” says Sheila Maurice-Grey, reflecting on the rich history of sounds that have inspired the band. Whether it’s the social commentary, the political stance of acts like the Black President, or the high power energy of afrobeat nights: the music is teeming with a potent energy the band want to propel forwards, London style. Make no mistake, this is not a band interested in performative tributes or pastiche. For Maurice Grey, part of the drive behind their creative impulse to is ask: “what does this music sound like for my generation?”

“We love this music and want other people to love it the way we do”, shared Edgeworth. Aside of the primacy of love for the music, a subtext of the bands creation was a sense of alienation at London’s thinning pool of afrobeat and highlife nights – particularly of black listeners and players. “We don’t want this music to die”, he added.

Rather than launching straight into writing their own music, since the band’s formation in 2014, they immersed themselves in the sounds of Pat Thomas, Ebo Taylor and others by playing covers to sell out crowds. “I remember speaking with Dele Sosimi about the structure of Fela’s songs – every element plays a part. But, before melody or harmony, there’s rhythm. The rhythmic aspect of the solos from that era is amazing. The West African approach to jazz and improvisation is hip!”, offered Maurice-Grey.

In writing their own music, Edgeworth emphasised how much the KOKOROKO sound is shaped by the capital. “We didn’t want it to sound too clean – that doesn’t really fit into the London sound”, he said. Instead, the band opt for grooves with added grit: “we wanted it to sound rough, like going out and hearing music pushed through speakers or the energy of people dancing at afrobeat parties: its music we’ve seen work on dancefloors”.

Drawing as much from nightlife, the musical influences of West African Pentecostal churches, jazz and Western classical, its both in the middle of and beyond this mix of influences that KOKOROKO’s self titled EP takes shape.

Adwa opens deep-ridge grooves. Drawing from the syncopated funk of Ethio-jazz, it takes its name from the Ethiopian city of the same name. Composed by keyboardist Yohan Kebede, the victorious spirit of the track is a meditation not only on the infamous Battle of Adwa, but of the way societies evolve in the aftermath of conflict.

Ti-de is a soft lullaby taking its cue from a medley of old West African folk melodies. A meditation on remaining present through change, the track is laced with opiating guitar lines, soft percussion and languid vocals that feel at times interchangeable with the grand sway of the horn section.

The jubilant Uman arrives as a “celebration of women, black women in particular,” shares Maurice Grey. “I wrote the tune with my mother in mind”. The track tackles the cultural trope of the ‘black superwoman’ and – similarly to Maurice-Grey’s visual artwork – asks questions about why misrepresentations about black women exist. Ultimately, it’s a redemptive track that makes space for both the unique struggles black women face, and their vulnerability.

Like Ti-de, Absuey Junction takes its lead from Ebo Taylor’s horn led approach, and showcases the band’s deft hand with palm wine infused ballads. The hit single, first featured on the We Out Here compilation, reached 18 million + views on YouTube. Based on a composition by guitarist Oscar Jerome, the track captures the sunset hum of Gambia’s nocturnal soundscapes, winding horn solos and haunting vocals.

A precursor to their album, “it’s an honest capture” of the band’s progression and a stunning introduction to their sound. 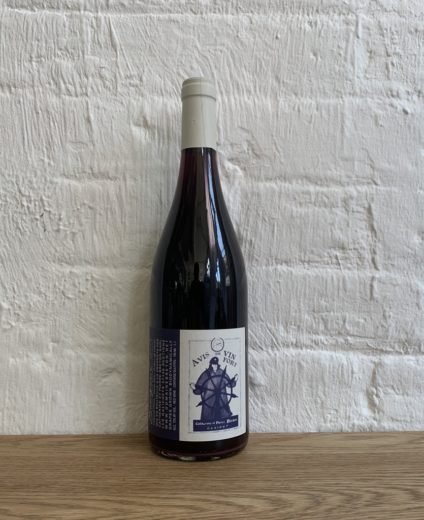