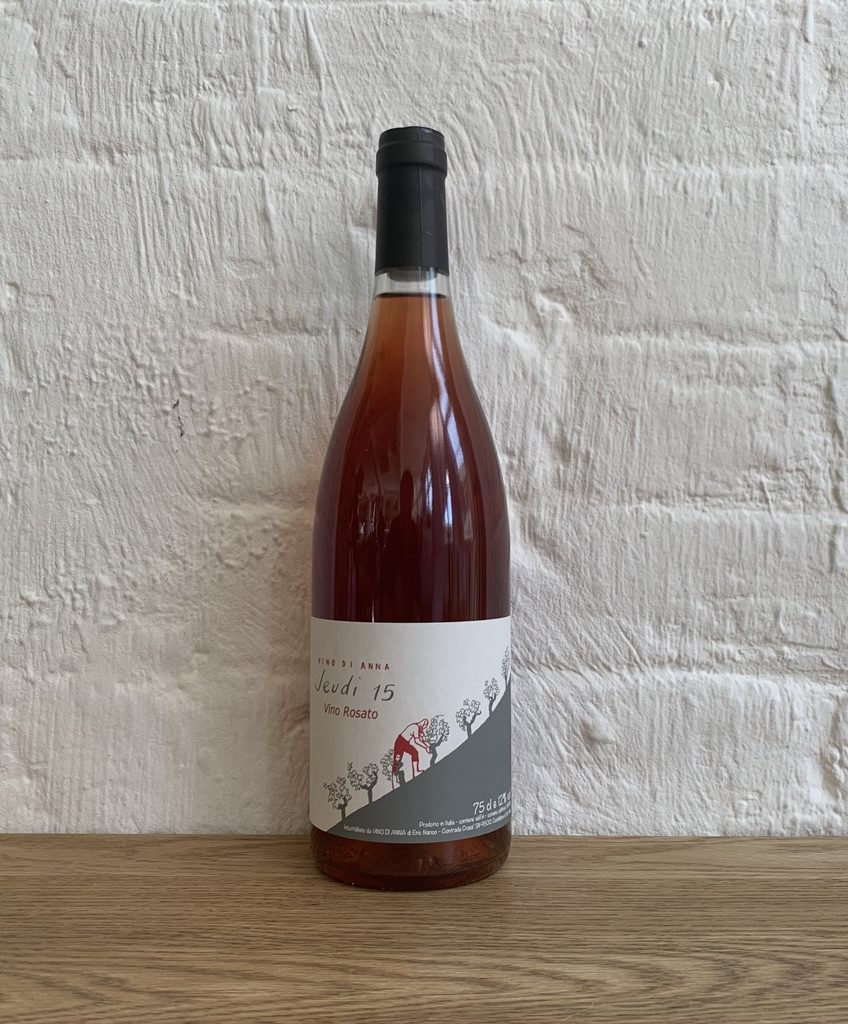 Their second Rosato –  In 2019,  grapes were hand harvested from two vineyards to make this wine.  70% of the cuvee was made from the vineyard located in the contrada “Tartaraci”, at 1000 metres of altitude, on the NW slopes of Mt Etna.  30% comes from old Nerello Mascalese bush vines, from the truly spectacular 110 yr old, red pomace vineyard, located in Contrada Monte Pomiciaro, near Linguaglossa.

The grapes from the “Tartaraci vineyard” were harvested on the 17th October 2019. The vines are 70 year old bush vines of Nerello Mascalese, Alicante (Grenache) and Grenanico. The white grapes were picked at the same time as the black grapes.  The field blend was placed as 100% whole bunches into three large mastellone (10hl food-grade plastic tubs). Maceration lasted three days and pressed directly into a 1500 litre Georgian qvevri. After spending 5 months on the lees, it was bottled at the end of April 2020 neither fined nor filtered.

Orangey/pink in colour, this rosato gives off tomato leaf, wild strawberries and flowers. Typical tautness of acidity and bags of volcanic complexity. Not your typical rosé blandness.