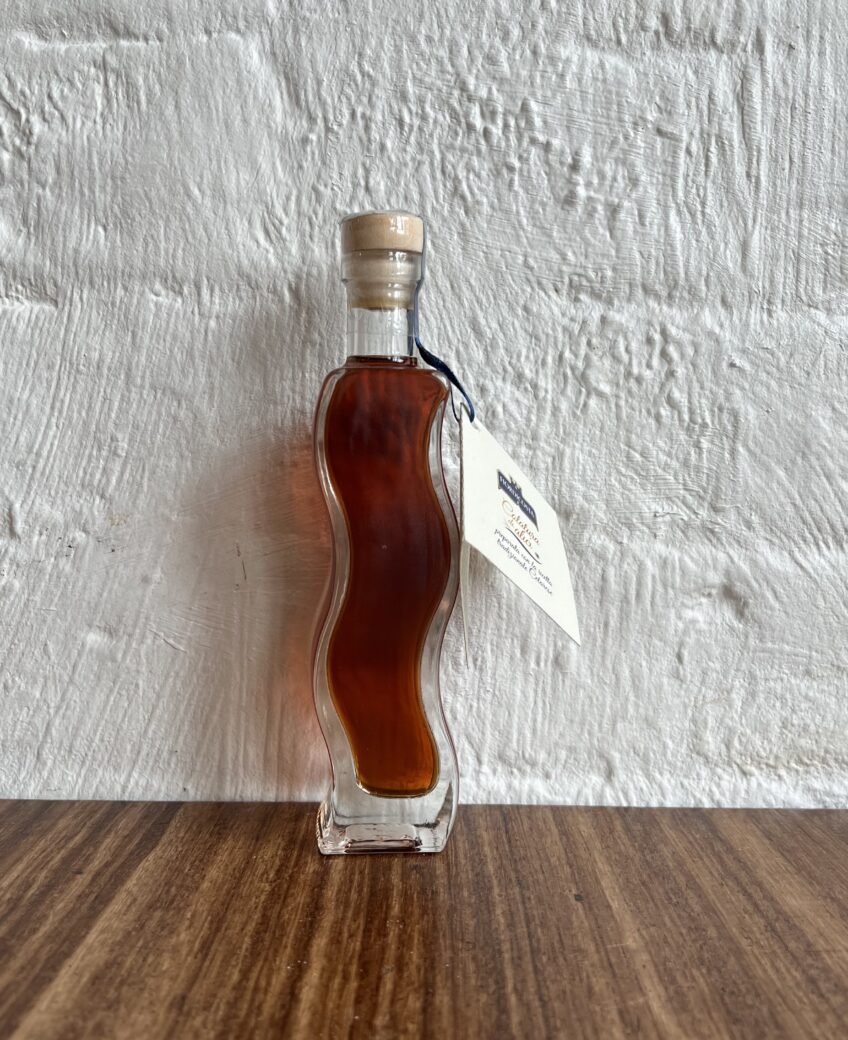 The origins of colatura lie in the ancient roman sauce of fermented fish garum. Garum, similar to many Asian fish sauces made today, relied on enzymes in the guts which go to work on the fish flesh breaking down proteins into their constituent, flavour-filled amino acids and fats into fatty acids. These proteolytic enzymes are present in the flesh too but there are more of them in the intestines. In Roman times garum made from fish that were gutted and had their heads removed (like colatura) was called muria and was slightly less pungent but very highly prized.